After hearing of several drownings in the Gulf of Mexico over the past few years, Kaial Hajik, a Boy Scout and aspiring Air Force Academy cadet, worked with his father to devise an emergency kit called the “LifeBokx”. 13-year-old invents kit to prevent drowning in Florida.

The LifeBokx contains basic lifesaving equipment and educational material to be positioned along the shoreline of Panama Beach City. The idea is not just to save those drowning but to also provide resources for those responding to an emergency.

The emergency kit includes two life vests, a tethered life preserver and visual aids including the “Drowning Chain of Survival,” a visual representation from the International Life Saving Federation detailing how to safely respond to a drowning.

The LifeBoKx is just an idea for now, but the father-son team envisions positioning the emergency kits throughout the Panama City Beach shoreline. Each kit would be assigned a specific identifier to facilitate a quicker response from lifeguards and emergency personnel.

In response, the city implemented new protocols at the start of the year, including public education initiatives. And it expanded its lifeguard programs and emergency response presence along the beaches.

Wil Spivey, director of the newly created Beach Safety unit — part of the city’s fire department — was a key part of the changes. Spivey said his team supported Hajik and offered suggestions — potential improvements to the prototype.

The LifeBoKx (13-year-old boy invents kit to prevent drowning in Florida) could not stand as a replacement to lifeguards and trained emergency responders — there was no “magic bullet” for that — but Spivey says it offers some useful tools, particularly the educational materials, and the potential to help expedite emergency response. 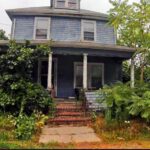 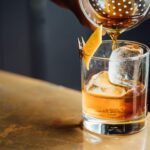