Gloria Scott, a 72-year-old woman hired electrician John Kinney to fix her damaged light fixture at her home, and while he was doing that, he noticed how run-down her home really was. 72-Year-Old Women’s Home Rebuilt by Amazing Massachusetts Town.

“There was extensive plumbing damage, there were holes in the ceiling, raccoons were getting in,” he recalled, also adding that she didn’t have any running water and her kitchen sink was broken and leaking.

After he finished the job, he continued to think about the condition of Gloria Scott’s home, and how she had mentioned that she lived alone and on an extremely tight income. Scott also mentioned she would often shut off her own water supply and only turn it on every few days to flush the toilets.

Kinney decided he wanted to help, so he took matters into his own hands. He started working on Scott’s home for free, before getting some friends and volunteers involved. He did a ton of cleaning up, and yard work, then created a Facebook fundraiser called “Nice Old Lady Needs Help” where he called on the community for their assistance.

“Everyone did an amazing job, and this nice old woman was very grateful.” he wrote on the fundraising page. He also went on to say how it still wasn’t enough, as she has significant plumbing issues that need to be fixed, extensive drywall repairs needed, a massive amount of painting, etc.”

Since the start of the project, they have raised more than $105,000 to help pay for material and repairs. “The project kept growing and support kept pouring in,” adding that even local restaurants have donated meals to the professionals and volunteers.

Gloria Scott has been so overwhelmed with the love and support from everyone in her community, and they’ve officially been named “Gloria’s Gladiators”. She has not only received significant help to repair her home, including, but not limited to, all new electrical system, plumbing system, roof, windows, insulation, paint job, porch and new grass, but she’s also gained new friends as well.

Seeing articles like 72-Year-Old Women’s Home Rebuilt by Amazing Massachusetts Town just put a smile on your face, don’t they? 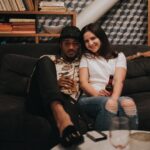 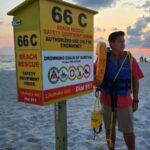